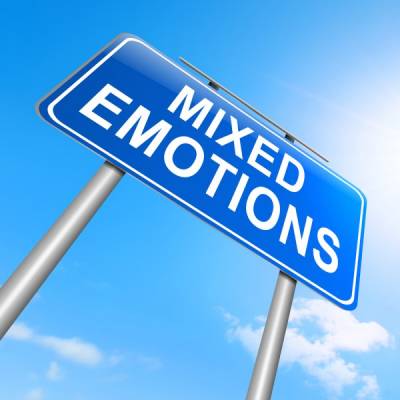 But we start off with Brendan Eich, who stepped down as CEO of Mozilla only 11 days after starting in this job. He resigned in reaction to the protests against him as he had supported the infamous prop 8 in California in 2010. Prop 8 is widely seen as discriminatory against homosexuals.

Well – as understandable as the protests against him might seem at first glance – how does this fit with free speech, the right to have your own opinion and separation between private and work? Especially as freedom of speech is an extremely high value. Freedom means always also the freedom of the person with the opposite opinion – and this means that offending others is usually not a reason to limit this right.

But what makes this case different is that Mozilla prides itself as being inclusive. The company values have to represented by the CEO - but this is a hard task if there is a discrepancy between the personal values of the CEO and the company values. So this is not about him supporting prop 8 – he has every right to do so - but about the conflict with the values he has to represent as CEO of Mozilla. With this he was not the right person to be CEO of Mozilla and therefore it was the right move that he stepped down. 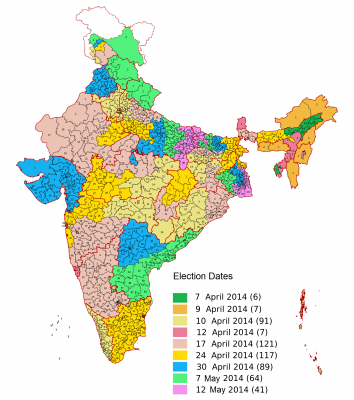 Elections, elections, elections - so, people vote, what's new? Yes, true partly - but nearly all elections have something special and some are even more noteworthy than others. Over the last 2 weeks we had 3 elections that are special. First is the election to the Indian parliament which started on April 7th. This election is noteworthy not only as India is the largest democracy (in terms of people) – but also because it goes through 9 phases, from April 7th to May 12th, before on May 16th the results will be announced. To give you some impressive numbers: this year's election has with 814.5 million eligible voters not only the most voters in an election but also 200 million more voters then last time. The voters are distributed over 543 parliamentary constituencies, each sending one delegate to the parliament.

The second election to be mentioned is Afghanistan. Afghanistan held presidential election on April 5th. There are two things that make this election special. As the incumbent is not allowed to run again this election will bring the first democratic change in power in Afghanistan ever. And – despite all threats from the Taliban – the turnout was high and above all expectations. Especially the young generation and women were very positive about the election. After 10% of the votes counted it looks like a close race and a second round might be needed.

The third election is here for a different reason – it shows how the number of seats won can be influenced changes to the election law. Hungary elected a new parliament on April 6th. Due to changes in the election law and constitution and by nicely redesigning the constituencies the majority party after the 2010 elections managed to have now with 8.2% less votes the same portion of parliament seats as last time. This demonstrates again why letting politicians draw constituencies is the same as letting the fox guard the henhouse. This is not a task for politician but has to be done independently, e.g. by an independent commissions, to avoid any potential conflict of interest. 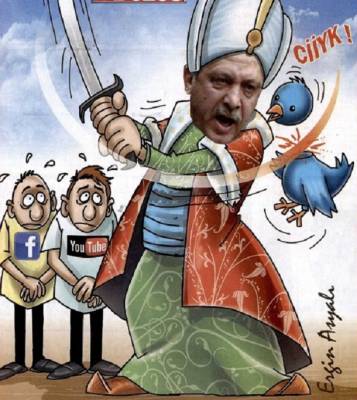 Second edition – second time Turkey, second time negative. I just hope that this does not become a trend. But then again – as long as Erdogan is in power I am afraid that this will not be the last time.

Despite that it’s spring now Erdogan remains hostile against birds – or better: tweets. After his ban on Twitter did not work he first attacked the constitutional court on its ruling. Again - no success. Lately he found a new line of attack: now he accuses Twitter of tax-evasion. He really is determined to ban all media that dare to be critical on him …

Remains the question when he will find a way to get rid of the constitutional court. Not only that the court ruled on Twitter in favour of freedom of speech – last week the court also stroke down the parts of Erdogan reform to the judiciary that would have given the government more control on the appointment of judges. Bad, bad court …

To close this edition two positive items from the EU. Yes, the combination of “EU” and “positive” in one sentence!

The last two weeks saw two important EU decisions around “free”. The first is the ruling of the EU court on the data retention directive. The court declared the directive to be an unjustified restriction of civil rights and privacy. The EU directive is not valid anymore and has to be replaced. The direct impact in the various countries is mixed: for Germans this has a positive effect right away as the government will not push for national legislation on this topic for now. But in the Netherlands e.g. it will require a provider or individuals to stand up against national legislation – as the Dutch government refuses for now to change national law accordingly.

The second EU decision has been taken by the EU parliament on April 3rd when it voted on net neutrality and roaming costs. Roaming costs are one step closer on their way out (within the EU) and net neutrality is step closer! Fortunately the parliament made some crucial amendments to the proposal of the commission and got rid of the grey area that would have still allowed that providers discriminate some services. Both are not final yet as countries still have a say in it, so the lobby of the TelCo’s will continue. But this was a big and important step on both issues.

Free weekly is a new blog on this site and will for now come out bi-weekly (but ultimately aiming for weekly). As the word “free” can have several meanings so it has here: the format is free and the content will mainly focus on news around freedom, civil rights and on news that caught the author’s attention but did not made it to the headlines. Talking about free: Feel free to send any input!