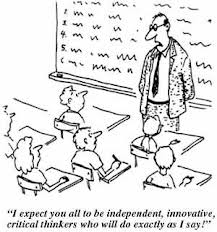 Sapere Aude! Usually it is translated as “Dare to know”. But why has it become the title of this blog? Where does it come from and what does it mean? After this blog now had its start on this side and changed its name to Sapere Aude it is about time to give a bit more insight into this.

Sapere Aude is old Latin. The phrase is attributed to Horace, a well-known Roman poet. At least he used it in his Epistle II in a parable about a wise and a naïve man – both having to cross a river. Where the naïve waits for the water to stop to flow, the wise man disregards potential discomfort and starts to cross. “Dimidium facti qui coepit habet: sapere aude, incipe!” – translated as: He who has begun is half done: dare to know, dare to begin!

Nowadays the slogan is mainly associated with the enlightment – based in the claim of Kant that this is the motto of enlightment (Kant, What is enlightment, 1785): “Enlightment is man’s emergence from his self-imposed immaturity. Immaturity is the inability to use one’s understanding without guidance from another. This immaturity is self-imposed when its cause lies not in lack of understanding, but in lack of resolve and courage to use it without guidance from another. Sapere aude! Dare to know! Have courage to use your own understanding! This is the motto of enlightment.”

There are plenty of essays on the interpretation – too far reaching for the purpose of this article. So if you are interested in more – start with Kant and interpretations of the work of Kant. The essence of the interpretation of Kant is that one should not just follow others but has to use one’s own brain and intellect.

Sapere aude is not a slogan but an attitude, a program for intellectual self-liberation. It means to question the reasoning of others, to gather various viewpoints, and to reflect all this on what could be seen as universal good behaviour. Don’t behave like cattle that just does what has been told – but try to find out yourself how things work and what they are. It means asking a lot of why’s and how’s and not going for the first answer, even if it sounds like a logical explanation.

Fully in the mind of sapere aude – everyone has to see for him/herself how for this is applied in one’s own life. This blog is part of the bloggers (and thus my own) search . It aims to give the reader some independent viewpoints – that can be used in one’s own endeavour to find explanations.